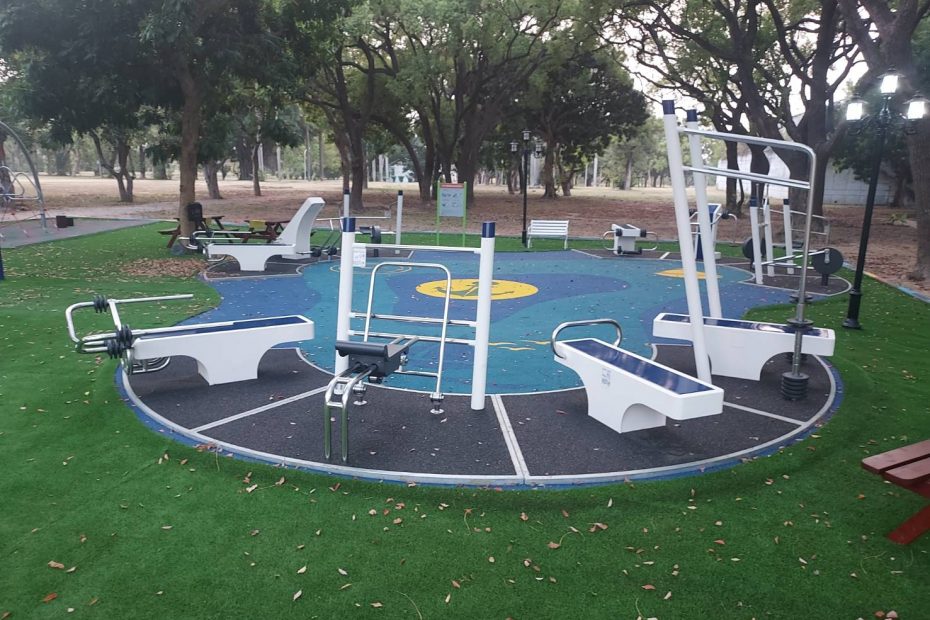 Home » News » Why is Street Workout Gaining Popularity in Netherlands?

Why is Street Workout Gaining Popularity in Netherlands?

Most people do not understand the scale and size of the global fitness industry. It is close to a $100 billon industry globally as you read this piece and fast growing. Over the last few decades, we have seen people around the world become more conscious about keeping themselves fit and active. While there are several ways in which one can exercise and keep the body fit, street workout has emerged as a great alternative to working out in the gym. The “Calisthenics Movement” or what is popularly known as the Streetworkout movement is not new. Its roots lie in ancient Greece when men would work out to strengthen their muscles.

It is over the course of the last 50 years that this workout tactics has regained immense popularity. In the last two decades street workout has made inroads into different communities as people have understood its incentives when compared to taking up membership of a gym. Its popularity has moved beyond its traditional hubs of Eastern Europe, Russia, Israel, and the United States where it has been practiced since the 1980s. Street workout is slowly making inroads into the remotest corners of the world where increasing number of people are quitting the traditional gyms and work on their fitness in the open.

Growing Popularity of Street Workout in The Netherlands

Street workout in Netherlands is a recent phenomenon and it only in the last decade or so that this movement has found wide acceptance. Today you can find glimpses of people across age groups working out in the open. The pace at which this trend is growing in Netherlands is very encouraging. The Netherlands has left behind most of the other European nations in terms of the percentage of population that exercises outdoors as compared to those who depend on the traditional gyms. Young and old, sportsperson and corporate professionals, you can find everyone working out with Calisthenics equipment.

The Netherlands has a relatively young population when compared to rest of Europe. Only 15% of the population in The Netherlands is over the age of 65 which is far better than countries such as Italy, Greece and Austria that are seeing the downsides of an ageing population. But the fertility rate here is lower than the population replacement rate, and this has resulted in the country ageing like the rest of Europe. People in the age group of 40-65 years have the highest share in Netherlands’ population and this is one of the reasons why street and community workouts have become popular.

It is the middle age and ageing population across the world that is benefitting most from street workout as the regime is less demanding. Street workouts are more focused on allowing people to exercise as a community where they have social engagement with others in their age group while exercising. You will come across street workout equipment installed in community parks across Netherlands. For the seniors and people in the middle age this is a great opportunity to socialize and revitalize their body and minds. This is one of the reasons that explains the growing popularity of street workout in The Netherlands.

Dutch take their fitness seriously and do it more than most other communities. Recent research has pointed to this fact. A survey conducted by Euro Barometer has concluded the Dutch people to be the most physically active population in the whole of Europe! According to this survey 56% of the Dutch population cycle, walk, garden or swim on a weekly basis, and this number is higher than anywhere else in Europe. While some might have thought people in the Eastern European countries are fitter than the Dutch, this survey has come as an eyeopener to many.

Anyone undertaking a casual walk through the communities around the big cities and countryside would catch glimpse of street workout equipment. As it is often said fitness workouts are infectious and most people in The Netherlands have taken to street workout through inspiration from their neighbours, friends and colleagues who are working out in the open.

Gym exercising is good for health, but street workout is even better as you start seeing results faster than you’d ever see in the gym. Not everyone is interested in adding mass and building muscles. For most people fitness is all about strengthening their muscles or keeping strength as they grow old. Since street workout is based on the science of using one’s own body weight for exercising it shows quicker results. It helps in increasing endurance levels and this is something most people aspire for. The Dutch have understood the virtue of exercising without the use of heavy weights under a strictly regimented lifestyle, and the results are showing at the moment.

To sum up the popularity of street workout in Netherlands is expected to grow further in the coming years as the population starts to age and we see more people realise the benefits of exercising with street workout equipment. This form of workout uses the body weight and doesn’t depend on equipment alone to strengthen the body. At Denfit we are one of the leading suppliers of Calisthenics equipment in Netherlands and rest of Europe. We have been serving small and large communities with pride, meeting their niche requirements and delivering custom-made Streetworkout products. We undertake complete installations of street workout fitness equipment through our large network of dealers and drive your community towards health and fitness.

We eat cookies (and exercise to get rid of them)

This website uses cookies to improve your experience while you navigate through the website. Out of these, the cookies that are categorized as necessary are stored on your browser as they are essential for the working of basic functionalities of the website. We also use third-party cookies that help us analyze and understand how you use this website. These cookies will be stored in your browser only with your consent. You also have the option to opt-out of these cookies. But opting out of some of these cookies may affect your browsing experience.
Necessary Always Enabled
Necessary cookies are absolutely essential for the website to function properly. This category only includes cookies that ensures basic functionalities and security features of the website. These cookies do not store any personal information.
Non-necessary
Any cookies that may not be particularly necessary for the website to function and is used specifically to collect user personal data via analytics, ads, other embedded contents are termed as non-necessary cookies. It is mandatory to procure user consent prior to running these cookies on your website.
SAVE & ACCEPT